The Bureau of Justice Statistics (BJS) has released its annual report on criminal victimization in the U.S. (available at: https://www.bjs.gov/index.cfm?ty=pbdetail&iid=5804). The violent crime rate and rates of intimate partner violence did not change significantly in 2015 as compared to 2014. 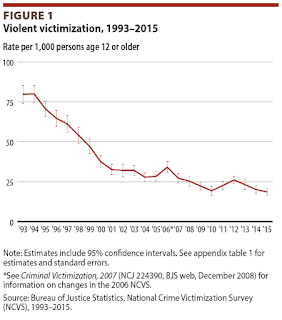